[User Guide]How To Turn My Futon Into A Couch?

Futons are very useful when guests comes to your home, they are used as a guest beds which gives your guest a good feel instead of making them sleep somewhere else or on the floor LOL, but what can be done with futons when your guest leaves your house,

Futons can be turned into a couch,

What else you need when a single product fulfills you two needs, they can be used as a couch when there is no one to use it as a bed, here is how you can turn it into a couch,

How to turn my futon into a couch?

There are two types of futons available Bifold and Trifold, i will teach you how to turn both into a couch,

The bifold futons will be divided into two parts, hold the backrest of the futon and lift it upwards.

After moving lifting the backrest to a desired position, lock the futon frame to the frame that you find at the bottom of the futon, there will be atleast two locking positions to use it in the position which you feel is more comfortable.

Place the mattress on the futon, and press it at the middle where the futon is divided into half,

Make sure to press it on all the areas so that it sits evenly, the mattress doesn’t settle well if you are using it for the first time but it will be okay when you start using it.

The trifold futon will have three parts and the third part is not necessary for using it as couch,

Lift the lower end of the middle fold and place the lower fold inside the second one, make sure it settles to its place, try to shake it to test whether it is settled.

Step 2: Lock the back rest to its position

Place the futon mattress on the futon and fold it at the middle to make it look like a sofa, apply some extra pressure while you do it for the first time and now your futon is converted into a couch.

How to make a futon more like a couch?

By following these points you can make your futon exactly look like a couch and are comfortable to sit on.

Having a futon is awesome, even though they can not give the comfort that couches give, but they gives a good comfort, and are very easy to use, some futon comes with a caster wheel which makes it easy to move, and can be moved by a single person, there is no need of looking for a help to move it. 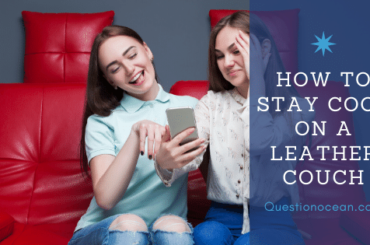 5 Best And Easy Ways To Stay Cool On A Leather Couch? 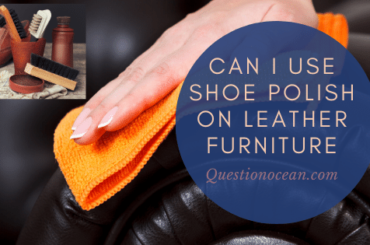 Using Shoe Polish On Leather Furniture – Does It Work? 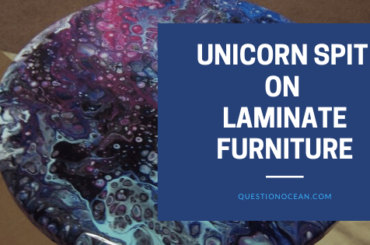 Can I Use Unicorn Spit On Laminate Furniture?